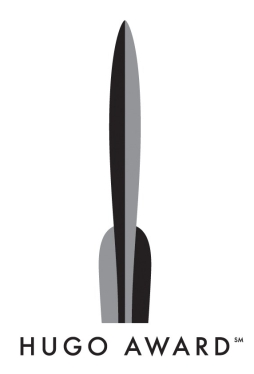 Nominations for the Hugo Awards close on Friday, March 16 – the nomination form is here – and because I have bought a membership to the Dublin Worldcon in 2019, I am eligible to nominate, if not vote, this year.

It was my first time nominating for the longlist, as I have usually been happy to wait for the shortlist, or even the winners, to emerge and see what I had read that matched up. But what the process has revealed that I am very poorly read in SFF circles this year. It’s something I have to work on.

In any case, my nominations are as follows:

No nomination. The only qualifying novel I read this year, I abandoned after about eighty pages. Nice idea, awful prose.
Best novella:
A big gap in my reading – I don’t seem to have read a single novella in 2017. I know they are enjoying something of a resurgence, but I can’t quite seem to make the transition up from the ‘delicious snack’ level of short stories or down from the 12-course banquet of the novel.
Best Novelette:
The Secret Life of Bots – Suzanne Palmer –  Clarkesworld
A Series of Steaks – Vina Jie-Min Prasad – Clarkesworld
Neptune’s Trident – Nina Allen – Clarkesworld

I’ll be honest, I didn’t know any of these were novelettes, or in fact what a novelette was. But I really liked all three of these long short stories. Nina Allen’s is probably my favourite, in an “I wished I had written that” sort of way.
Best Short Story:
Fandom for Robots – Vina Jie-Min Prasad – Uncanny
The Worldless – Indrapramit Das – Lightspeed
The Crisis – M John Harrison – CommaPress
Best Series:
His Dark Materials – Philip Pullman – La Belle Sauvage

I know you are not supposed to nominate things you haven’t read, but even if this fourth book is Pullman pasting random lines from Jeremy Clarkson columns, the first three would still be enough to carry this series over the line. Anyway, you’re not my mother – I can vote for what I want.
Best Related Work:
Freshly Remember’d: Kirk Drift – Erin Horáková –  Strange Horizons

Such a brilliant essay. I started it thinking it would be Round 724 in Kirk vs Picard, but it does so much to redeem Kirk’s reputation. It’s not just about Star Trek, it’s about men on screen, brave and uncynical characterisation and the nature of how we remember and misremember and how bloody easy humans are to reprogram through pop culture. Go read it.
Best Graphic Story:
I haven’t opened one this year.
Best Dramatic Presentation (Long Form):
Thor Ragnarok – Taika Waititi – Marvel Studios
Logan – James Mangold – 20th Century Fox

I’ve done a lot better with small-screen SF this year than with books or movies.
It seemed like there was a lot of Trek around this year, some of it authorised, some of it a very convincing knock-off. Star Trek Disco I really enjoyed after a shaky start. Harry Mudd was probably the mid-season breather that allowed it to bed in in my mind.
I probably would have thrown The Orville a vote if USS Callister hadn’t been so good – I think for all the show’s mis-steps, Seth MacFarlane is doing something from a place of reverence. Compare that with the reboot movies (again, go read Erin Horáková’s essay

The Expanse was all new to me – I’ve never read the books – but it was a real treat.
The Good Place is the second-funniest thing on TV this year (after The Young Offenders).
Orphan Black finally came to an end and managed to land the series after some turbulent middle seasons. Siobhan’s sacrifice left some dust in my eye – don’t mess with mothers, adoptive or otherwise.
Best Professional Editor (Long Form):
I haven’t read an SFF novel in 2017, so no nominations.
Best Professional Editor (Short Form):
Rich Horton
Jonathan Strahan
Gardner Dozois
Neil Clarke
Best Professional Artist:
Chris McGrath – Cover for Breach of Containment by Elizabeth Bonesteel (Harper Voyager, October)
Richard Anderson – Cover for The Stone in the Skull by Elizabeth Bear (Tor, October)
Jaime Jones – Cover for All Systems Red by Martha Wells (Tor.com, May)
Galen Dara – https://uncannymagazine.com/issues/uncanny-magazine-issue-sixteen/

Considering she has two excellent stories in two different categories above, it would have been rude not to nominate Vina. My money is on her to win at least one Hugo this year.

I will never again underestimate the amount of work that the Hugo voters put in – there is a lot of cool stuff out there and I am very conscious that I barely scratched the surface in 2017. But there is always next year.
It would be remiss of me not to mention that my story, The Last Boat-Builder in Ballyvoloon, is eligible for nomination for a Short Story Hugo and that I am in my first year of eligibility for the Campbell Award. I can’t vote for myself.
Sin é (that’s it).